Hi everybody! Welcome back to another week on my blog. Can I keep it rolling? Stay tuned and we'll find out, won't we?

So we're Monday, and since it's the day that should be banned from the week (according to the wise Garfield), I hope you don't expect me to make much sense. Actually, I myself am not expecting it because thoughts are just running in my mind and I'll put them down as I go along.

This weekend and start of the week *drum roll*...

...saw the end of the 2010 Fifa World Cup in South Africa. I cannot believe we've been watching 64 games over 1 full month already! Yesterday was the final. Anti-climactic... Maybe. I wasn't really supporting Spain. Heart was to the Oranje crew. I saw these blokes playing with their whole hearts to get here (while Spain had looked more 'clinical') and to see them lose at the 117th minute goal was really heart-breaking.
Who knows what will happen in 4 years' time now? Brazil - and that means most of the games will be playing at around 2-4 am here in Mauritius. In winter, which is expected to get colder...

Now, World Cup. Who's on the pitch? Guys, of course! Some reflections on said guys:

- Anyone ever notice how these blokes look so mature (sometimes even old!) in their jersey, but catch them in normal clothes and then they seem to portray their real age?

- Or, they're really so young that just looking at them makes you think you're getting close to cougar territory...

- Anyone notice too that football players get married really early? Half of the men on the pitch are in their early/mid twenties, and most of them wear a wedding band! What does that say to us authors? That the 30+ hero we usually create is not the typical 'real' guy out there? Food for thought.

Hotties v/s Notties
Can't say I really saw any notties there (though Puyol from Spain should get a haircut considering this is no longer the era where this type of hair was in style! I shudder so much I'm not putting the pic up. Google Image him at your own risk!).
At first I didn't see many hotties either. Most of the men I'd found good-looking were not playing in this World Cup as they were  too 'old' (in and around late thirties!). BUT, that was before I saw Germany play.
My all-time favourite hottie (and the man who lands the part of most of my heroes!) is German. Clean-cut good looks, piercing eyes, sexy &mysterious allure and that hair... *swoon* Who is he? German actor Thomas Kretschmann. Nopes, sorry, no man really comes close to this ideal for me (the hubby is in another, 'real' category!). Until I watched Germany play, and this man happened onto the TV screen. His name? Arne Friedrich. 31 years old, plays in defense (though that didn't stop him from scoring in this tournament!).
Kretschmann is on the left, Friedrich on the right. Do I need to say more? No, guess not! *smile* Friedrich might even be in the 2014 Germany squad - guess I'll be looking forward to that!

World Cup Final: The hottest man on the pitch was him. British referee Howard Webb. 38, 6"3, built like a bull, and real-life cop. And yeah, I say 'man', 'coz he actually looks like one! Makes you think of a dangerous, bad boy cop a la Vic McKay of The Shield, innit? 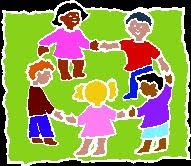 Football aside - bringing kids up today is no easy job. I took my son to a birthday party yesterday. The mom of the birthday girl is a girl I grew up with. She's in all my birthday pics, and now my kids are in hers and vice versa. Time flies, and then you look around you and see the world in which your children are growing up. Yesterday morning my boy complained of numb thumbs. No surprise there - he'd just spent close to an hour playing Need for Speed Underground on his GameBoy. I know next to nothing about those games. I check the rating and stuff but play it? Not for me. I can never remember the sequence of presses for special attacks/tuning/winning/whatever. Out of touch? Definitely yes.
Not so in tune with girls either. My nieces are all into either the Twilight hype (for the oldest) and Hannah Montana (the 3 youngest). Whatever happened to Disney princesses???

As authors, is it easier for us to bring boys up? My boys (7 year-old son and 11 year-old stepson) talk to me and their dad about practically everything. Even girls (and yes, the youngest has once asked, not so long ago, if it was okay to love a girl in your class). When I reply them, I always think of how I expect heroes to behave and act, and thus it's not hard for me to tell them to act as heroes in their real lives. I know, it's never as simplistic as that, but that's why dialogue lines kept open at all times need to be there.
With girls... How are you supposed to tell them to behave like a heroine, when most of the time, the women we write about are 'searching for their way' too? Question, question...

See you tomorrow, when I'll put up a little something pertaining to my current WIP.

I'll just skip commenting on the first part of your post, since I have no interest in sports of any kind ...

The raising kids part is right up my alley. I've raised two girls and now have a granddaughter and two grandsons living with me.

What my daughter stresses with all three is that they must live to please God. Their actions and words shouldn't conform to anything but God's standards. That way there's no double standard for boys or girls.

Hey Chicki
It is true that faith gives a roadmap for behaviour and upstanding. And no double standard either!
Thanks for dropping by!
Hugs

I'm glad you posted them together, Z. They do indeed look alike! It's sort of like Thomas K having a clone. Oh my. I think my brain just spontaneously combusted! :-D