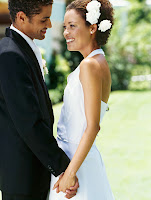 Monday was Valentine's Day. I stumbled upon this article in the wake of that date and it had me in stitches. But not only that - these are really ways men behave, think, and talk.

So next time your man says one of these, take it for granted it's 'love'. Next time you need your modern hero to say 'I Love You' without actually saying the words in a cheesy, ultra-feminine, flowery-verse-y moment, take a pick from these.

First though - have a good laugh! It's good to 'decode' the male brain. :)

The article appeared MSN Lifestyle Love & Relationships and I accessed it on February 13, 2011. I dunno who wrote it - it's a guy though, and the voice is to die for. :)

23 Ways To Say "I Love You" For Valentine's Day

Saying "I love you" is a big deal. Here are 23 ways a guy is saying it, even if he's not saying those three exact words.

It can be difficult for a man to say those three words that mean so much to a woman, especially on Valentine's Day. In the past, I've done everything from mumbling those three words like my mouth was full of hard boiled eggs, to whispering it so quietly, mice were smitten. I've also blurted it out when I didn't mean it.

Those words are dangerous. And powerful. Simultaneously intoxicating and sobering. They are full of responsibility, promise and stars. Forgive men for taking them seriously. Because, for the most part, we do. Telling a woman "I Love You" can warp the space and time continuum. That's some major cosmic stuff right there.

I remember the first time I said it. She was my first great love. We were sitting with our legs crossed on my dorm bed, and we were facing each other. I looked her in the eyes and told her I thought I was in love with her. I asked her if she felt the same way. She said yes. My ears swelled with rushing blood. We giggled. And the kiss was better than our first. We were like two neutrons flung at each other inside a particle accelerator. It was a collision. There was an explosion. Then a lingering cloud of glittering, subatomic debris.

But before I got to that point where I was able to bravely announce what my boiling emotions demanded, there were multiple other ways that I told her how I felt. And that's true for a lot of men. Whether we're falling for you, or have already fallen, we sometimes try to find other ways to tell you "I love you" that aren't quite so direct.

Here are twenty-three suggestions for alternatives to the "L" word. If your man says any of these, just accept that he's dropped the L-O-V-E bomb.

1. You are the syrup on my waffles.

3. I don't care if I have to wield a pitchfork with one hand, and a roaring chainsaw with the other, no zombies will ever eat your brains. Not while I live.

4. My pillows smell so much better when you've slept on them.

5. I read every single one of your tweets.

6. I wish you were key-chain sized. I'd put you in my pocket and take you everywhere.

7. Even if you forget who I am when we're old and fat, I'll still come to visit you and read your stuff, just like in that stupid movie that always makes you cry.

8. If you want to be with another guy, that's totally cool. I'll just spend the rest of my life sitting on a bar stool, nursing a beer and hoping the glow of the jukebox playing our song over and over masks my red, swollen eyes.

9. From the moment I met you, I've wanted you and that hasn't changed. Never will.

10. I have brought you meat, the roses of the caveman! Now, I will make FIRE!

11. I had this dream the other night. I was stumbling through a forest at night. It was dark and I couldn't see where I was going and in the distance I could hear wolves howling. Then the cloud cleared and the moon illuminated a path to a village. Only it wasn't a moon. It was your beautiful face, glowing silver against the night sky. What the heck do you think THAT means?

12. I am a grown man, but I have to be honest: you're my personal night light.

14. Here's a baseball bat. Just hide it under your bed while I'm away on business.

15. As a Vulcan, I recognize the significance of a quickened heartbeat, sweaty palms and heightened activity in my brain's pleasure centers when you are around. However, I do not fully comprehend why I feel compelled to kiss you nonstop. I find it … fascinating.

16. I am perfectly happy co-depending on you.

17. When I was a kid, there was this amusement park that had a ride that would spin you around really fast. It was so much fun. I'd ride that thing all day, and every time I'd get off it, I'd be laughing but thinking I was going to puke. All day long: laughing while on the verge of vomiting. That's how I feel right now.

19. I have a lifetime subscription to You Magazine, the magazine about you, for me. By the way, you look stunning on the cover, just like every month.

22. I want to be your personal airbag.

I'm trying to find a favourite among them all, but this is so darn hard! I hesitate between No. 3 and 20.

Funny, witty, insightful.
All in all a wonderful post. Thanks.
Nahno ∗ McLein ™

What a fabulous article! Thank you for the insight.

I thought it was funny too, just had to share. :)

Thank you, Sue! Yup, indeed, it was quite insightful. :)

That was very insightful and very true as well. Thank you so much for sharing :)

@success dating - you're most welcome, though, lol, I can't take the credit for this article as it's only a repost. Glad you came by and left a coment though - much appreciated :)