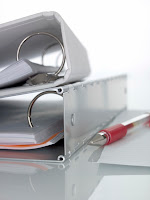 ...or what his dating past says about him

Writers - this is a perfect article for helping carve backstory! Every man we create in our books, be him hero or villain, has a past. There are women involved in that past - the dreaded exes. So backstory, backstory, backstory: give this a spin and you'll be carving a very nice and realistic facet of this man's past.

I stumbled upon this article a few weeks ago, on Glo. You can still find it online (in a snazzy slideshow with lots of pics. Some are priceless!) here. I'll repost the text bits. :)

The article is by Meagan McCrary and Julie Fishman, editors of The Little Black Blog of Big Red Flags.

The Ex-Files: What his dating past says about him

By Meagan McCrary and Julie Fishman, editors of The Little Black Blog of Big Red Flags

A man's relationship record can tell you what to expect from him when he enters into one with you. Whether he's broken hearts or had his broken, most guys come with some baggage from their former flames. Here's our take on what a man's past might tell you about him.

Serial Monogamist
This guy loves being loved — and isn’t afraid to commit. Yet jumping straight from one serious relationship into another may signal insecurity or a fear of being alone.

He's Cheated
While his past infidelity doesn’t mean he’ll cheat on you, have a conversation about why he strayed in a previous relationship. If he hasn’t addressed his reason for cheating and worked to change, there’s a good chance it’ll happen again.

He's Been Cheated On
A man who’s been dogged in the past will likely have trust issues. He may have trouble opening up to future girlfriends for fear of getting his heart broken again.

He's a Relationship Newbie
This love loner could be super picky or fear rejection. Apt to jump ship when the tides get rough, he may not understand that relationships are hard work.

He's a Known Player
Even if his debonair attitude seems to speak otherwise, a known player sees you as just another notch in his headboard. He’s liable to wine, dine and lay you … then leave you.

He Has a History of Dating Crazies
A man with endless stories about depressed or abusive exes either turns normal gals loony or likes loony girls because he enjoys the drama, needs to feel superior or thinks he can save them. He’ll probably either make mountains of your molehills — by constantly trying to rile you up — or drop you the second he gets bored.

He Was Off and On With His Last GF
A guy this wishy-washy doesn’t know what he wants. Incapable of making a decision and abiding by it, he isn’t the type to ever fully commit and will most likely jerk you around the emotional rollercoaster.

He Broke Off an Engagement
Calling off his wedding doesn’t necessarily make a man a bad guy. If the relationship wasn’t fulfilling, not getting married was probably the right thing to do. However, it wouldn't hurt to ask him why he proposed in the first place — the answer to that question should be quite revealing.

He's Divorced
While “divorced” is no longer a stigma, how and why a man’s marriage ended can shed light on his character. Before things between you get serious, inquire about his marital split … and make sure the divorce is final.

His Wife Left Him
A man who’s been ditched by his leading lady may still be bitter or heartbroken. Either way, his ego is definitely bruised. You’d have to know the details of why she chose to leave, but whatever the reason, this guy’s going to come with some baggage.

He Dates Younger
Whether they date younger women to feed their egos or they like to keep things light and fun, men who continuously choose girls half their age aren’t interested in dating an equal. He might only be interested in arm candy, have a fear of commitment, or have control issues.

I love info like this. Writing from the male POV is interesting. Being able to take these kind of suggestions to stimulate creativity for background info is wonderful. After all, I only feel like asking my husband so many questions about the male perspective when creating my hero. Thanks Z!

Thank you, MJ! That's also how I think - these articles are true deep-delving insights into the male psyche and have helped me time and again to create strong, realistic heroes.