How I Saw The Characters of "Calling Home"

This post should've come up earlier today, but I had to go out and didn't get a chance to schedule the post beforehand. So please forgive my lateness today.

By now, you probably know I work with "real" people images, kinda like templates, when I'm writing a story. Aligning my characters on the physical likeness of a person/celebrity allows me to picture them in my mind, and this helps me with 'directing' the scenes in my head when I write them. I thus know how they move, how tall they are, their mannerisms, etc. Plus I also see their faces, which allows me to figure out their facial expressions, allows me to convey these subtle shifts in mood and gestures.

So Calling Home (A Destiny's Child Book) was no exception. Let me show you who I had in mind when I imagined this story!

Let's start with Margo Nolan, the heroine/protagonist in the story. Margo is thirty-six-years-old, looks very prim and proper, professional and aloof, as she is a forensic pathologist in London. She's got a no-nonsense expression on her face, and her colleagues describe her as an "unemotional man hiding in a woman's body" on good days, and policemen she works with often call her anything from "stuck-up, snobbish cow" to "frigid, ice-cold bitch".
In the words of Jamie, the hero, this is how he saw Margo:

"...Who was she, really, beneath the power suit, high heels, and straight blonde hair? She wore little makeup on her well-defined, elegant features, and her slender nose hinted at an aristocratic lineage. Her deep blue eyes didn't need mascara and liner to stand out as intense, and that mouth—if she bit those dark-pink lips once more tonight in his surgery, he swore he would've grabbed her by the nape of her graceful neck and kissed her ..." 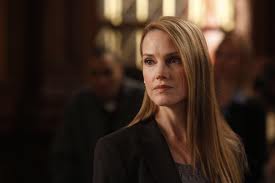 And it's true that, at first glance, Margo does appear like an Ice Queen... But look closer... 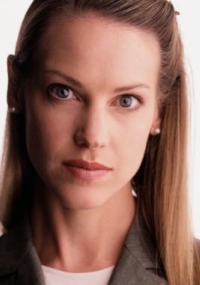 There's a soft vulnerability to her features, a hint that maybe, what you're seeing is not the real woman inside, the one she hides from the world, the one who yearns for her daughter... and the love of a man...

Speaking of the "man", who is he? His name is Jamie Gillespie - he is twenty-nine-years-old, and is the village doctor in Camberry, a fictional Surrey village I imagined as the setting for this sweet romance.
Jamie is tall, dark-haired with shaggy locks, has a lean face, and has the most beautiful brown eyes with whiskey-gold flecks in the irises when the sunlight catches upon them. 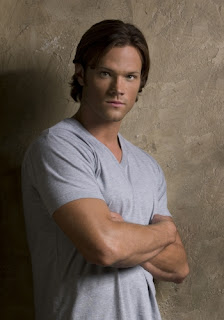 And always - I do mean always! - whenever I imagined Jamie, I saw him as actor Jared Padalecki, from Supernatural. I'm a Supernatural junkie, and on Team Sam all the way... but that's not the only reason I had to - really had to! - go with the yummy Jared as Jamie.

Like Jared, Jamie is also twenty-nine, and like the character of Sam, he is a calm, quiet lad whom nothing really ruffles. He's an anchor for those around him, a knight in shining armour, a man you can count on...

And I must add, he is hunky! Come on - writing a romance hero, and I have to make a woman who has sworn off emotion fall in love with, all that requires a definite sexy hunk!

Here's how Margo describes him - on their first meeting, and then the subsequent one:

Her gaze raked over him, taking in the faded, threadbare-at-the-knees jeans, the hint of a dark T-shirt under the baggy, slate-grey jumper with a hoodie that obscured his face. ...
Did his jaw tense? He moved, and the hooded cap slid off his head, to reveal his sharp, angular features and messy dark hair, no longer shadowing the dark brown depths of his deep-set eyes. ... Still not a hundred percent convinced, she squinted, and hoped the harsh planes of his face, the pointed chin and nose, and shaggy dark locks, would clue her in about him. ...
...

She came face to face with him, having to tilt her neck back to see his features.


And what a picture he presented. If she'd thought him hunky in the dark, the light of day shed flattering clarity on the chiselled cheekbones and angular jaw, highlighted the sharp relief of the aquiline nose. His eyes gleamed in the pale sunlight; the radiance of the soft rays picked up flecks of whiskey-gold in his chocolate-brown irises. A light breeze brushed his chocolate-brown hair, the dark locks in the kind of disarray that suggested he ran his fingers through them often. ..."
This is the image I worked with for most of the book - Jamie is a casual-clothes type of bloke, young, seemingly carefree of his appearance (and definitely not a metrosexual!) 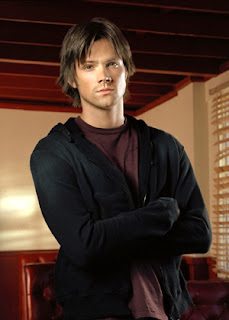 And for those of you Supernatural junkies out there, here's a clip of the yummy Jared as Sam - these pics vary of him between his early to late twenties, over the course of the 1st to 5th-6th season.


And at 5:52 on the vid, you can see the "Sam smile", that I'm totally in love with, and that I had to have Jamie do as well. Margo describes the smile as "... His was the most beautiful smile she had ever seen. His lips stretched, the corners of his eyes crinkled, and his whole face radiated brightly as starlight in a pitch-black sky. How that was possible, she had no idea, and in truth, she didn't want to know. ..."

Now, Calling Home is the story of the forensic pathologist, the village doctor... and the tween girl who brings them together!

She is Emma Milburn, the daughter of Margo's heart, the baby she was bringing up like her own before Fate snatched her away... to give her a second chance at motherhood when Emma turned 11 and tragedy struck in the girl's life.

Emma is portrayed as a devilishly mischievous redhead with a huge attitude, and for her, I always had actress Conchita Campbell in mind. 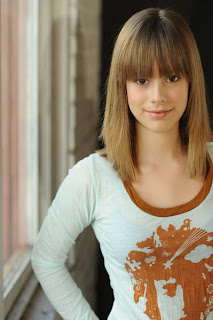 And the other important character in the story is Robbie Barnes, who happens to be one of Margo's oldest friends, and Emma's biological dad. Robbie will step into the picture and this will create complications between Margo and Jamie. 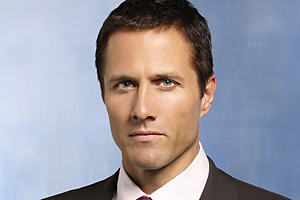 I remember watching actor Rob Estes on CSI: Miami, and I knew instantly he was to be Robbie, the "... Good for nothing, rich layabout who'd gotten Cora [Emma's mother, & Margo's best friend] pregnant and who'd wanted her to have a termination. A child had not fitted into his plans, let alone a steady girlfriend. ..."


So there you have it - the round up of what the people in Calling Home are supposed to look like!

I already had this on my TBR list, but even more so now I know it's my hubby as the male character! :)

Lol Lucy! That man is just too, too gorgeous! And that smile... I actually went looking for a vid that'd have the smile in it :)

Nice post. I went through the post I found it very informative and useful. Thanks for sharing.
[url=http://androidphone7.livejournal.com/]Android Phones[/url]

I loved reading this insight into your character build up. Especially because I was there with you along the way as you did it. Adore these characters and their story! x

If you're interested in having a guest blog poster please let me know. I will provide you with unique content for your webstie, thanks.

Lol Angela! Yup, you were right along with me, and your help was tremendous to help me live and breathe with these characters through the weeks when I wrote the story. :) XOXO

Thank you, Julie! Glad you could come over! xo

Care to let me know who you are?