Can you believe it's already Friday??? And lol, I spent this morning online...but ended up getting nothing done. How is that possible? True though that there is always something shiny on the Net, and it's so easy to get waylaid. That's why I prefer to have the wifi off when I'm writing or have work to do. Less temptation towards time perdition.


Anyhow... it's been ages since the last Progress Friday. I won't go into what has happened since then, coz we'd be at it for a while. Let me just say that, since the year has started, I have written half of a 60K novel with my bestie, Natalie G. Owens (Inescapable, Book1 of Eternelles), have penned a 15K short that is currently awaiting reply from the publisher, delved into tons of research for a series set in modern Yorkshire (I must've read 5+ full-length books to get into that world, not to mention the research into Yorkshire, and trying to learn the dialect there! Not for the faint of heart, that one!).
And... I also dusted the cobwebs off an old ms, re-edited it, and subbed to Decadent Publishing.

The good news? This story has been accepted for publication! *squee!* This one was previously published under one of my former pen names (Nolwynn Ardennes. Don't ask - someone convinced me I needed a European-sounding name to write about white Europeans in Europe. But look now - the very Indian-sounding Zee Monodee is gonna have this story out, and I'm not sure anyone will really blink at this idiosyncracy!).

So, the title is Storms in a Shot Glass, and it is an upbeat, almost chick-lit style, romantic comedy set in the glitz and glamour world of the London rich & famous.
The hero, Michael Rinaldi, is a billionaire and the most eligible bachelor of London after Prince Harry. A very private and intense man, suddenly he gets embroiled in an 'innocuous' plot with his father's Personal Assistant, Jane Smithers, while attempting to keep his wayward and estranged father away from his mother. But the kicker? Jane is pregnant, from a one night stand. Nothing untoward so far...until a tabloid reporter spots these two together, and finds out Jane is expecting. Faster than you can say 'squirrel', the unborn baby is being touted as the Rinaldi heir!
What are Michael and Jane to make of this new reality?

Find out when the book will be released! My guess is, this will be sometime in 2014, coz I already have releases lined up till November with Decadent. We'll see; I'll keep ye all posted!

And now for the progress update. Where am I with my projects?

Indomitable (Book2 of Eternelles, co-written with Natalie G. Owens)
- outline finished, ready to jump into writing toward June 24 (we both have full editorial plates to clear till then)

Whisk Me Up (Book1 of Havisham Park - the one set in Yorkshire)
- outline completed. Characterization sketched. Series outlined, since I'll need to sub the trilogy in one go before the end of the year. Still learning to speak Yorkshire. (ayup, luv!)

Her Name Was Trouble (Book2 of Daimsbury Chronicles)
Hmmm, you won't know of this one already... Daimsbury is a small village I invented in Surrey, England, and the series follows the lives and loves of the citizens. Book1, Bad Luck with Besties, is currently on the desk of the publisher.
- outline done, characters sketched. Waiting for go-ahead of Book1 accepted (please pray for this!) before I jump into Book2.

That's about all the projects I have on my desk so far. I'm not concentrating on the rest until I clear some of these up.

Now tell me what ye all are up to! 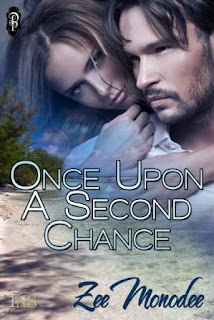 Looking forward to the weekend, but I won't be chilling this time. Got submissions I need to check for the Ubuntu line (African romance at Decadent Publishing, in case you didn't know) and both stories I've been eager to read since they landed in my inbox.

Happy Friday & wishing ye all and even lovelier weekend!

Oh, I nearly forgot - Romance Novels in Color posted an amazing, astounding review for my Muslim 1NightStand, Once Upon A Second Chance. Check it out!