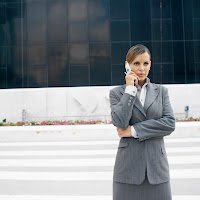 Have you ever been with someone and then poof - it was over, and you wondered, what on earth has happened? If not, lucky you. Yeah - many a time, it happens he's a jerk. But too often too, we are sabotaging our own efforts at a relationships.

Now as writers, of romance on top of it all, how many times do we look at our heroines and go, why did she break up with that guy from her past? What's her GMC? Where is she coming from? What does she want out of a relationship? What will go wrong with your hero when they do hook up?

To any non-writer, this might seem like a lot of questions (and we writers know that's just the tip of the iceberg behind what constitutes a story!). But yes, we have to ask ourselves all this. Now maybe you write a bit from experience, but how long do you expect this to tug you along? There comes a time when your fodder becomes stale, and you need to refresh your relationship-busters database.

In sweeps this type of article! I was nodding all along when reading it, and could so see a romance heroine falling into those 'traps', or how these issues could work out to be solid conflict for a romance black moment.

Take a look, and see if that ain't inspiring! As usual, it's from the article bible, MSN Love & Relationships webpage, by Christina Frank. I accessed it on April 4, 2010.

Even the smartest women, blinded by love, make these relationship mistakes. Do you recognize them?

Maybe you’re so smart, you’re running to the patent office every day with a new invention. Or, if there was such a thing as an office valedictorian, you’d be the obvious candidate. But being totally together or a brainiac in some areas of your life does not, sadly, save you from being completely clueless when it comes to love. Even if you have loads of relationship experience, or are a pro at negotiating your female friendships, you can easily fall into some common relationship ruts when faced with a member of the opposite sex. Below are five major love blunders to avoid at all costs.

Mistake #1: You Do All the Work
Does getting involved with a new guy turn you into the relationship’s social director? “After my first date with a guy I was with for a year, I planned almost all of our dates and outings,” says Aimee Cirucci, 31, of Philadelphia. “I was always the one initiating weekend plans, coming up with things to do and changing my plans around to accommodate him.”

“Many times a woman will take over for a man subconsciously, believing that if she organizes his life, she will be indispensable to him,” says Susan Elliott, author of Getting Past Your Breakup: How to Turn a Devastating Loss into the Best Thing that Ever Happened to You. “Healthy relationships require two adults. If you are afraid to let go for fear that your relationship will fall apart without your direction, then you are involved with a little boy. What will happen if you stop doing this? Will he fail or step up to the plate?” asks Elliot. “Many times when we stop enabling someone, that person actually takes charge of his or her own life.”

Cirucci got tired of doing all the work, and the relationship faltered for other reasons as well. “I knew he wasn’t trying to be lazy or mean or uninvolved, but I grew weary from making all the plans... and also a little resentful. One person by sheer force of will cannot run an entire relationship. You want the guy to plan things once in a while. It’s one of the ways he shows his love, respect and commitment.”

Mistake #2: You’re His Life Coach/Mother/Therapist
A few years ago, Brettan Bablove, 27, of San Diego started seeing a guy who was more of a project than a partner. He was seriously depressed and she went into savior mode. “We lived in different towns and he didn’t have the energy to drive to where I lived, so I would drive to his place every weekend to be with him,” Bablove says. “I’m not a super-bubbly, positive girl by nature, but I put on an incredible show. I decided that no matter what kind of mood he was in, I was going to put on a happy face, smile and laugh. He said I was the only thing that made him happy — but he wasn’t happy, so I felt like it was my fault.”

Women are especially vulnerable to falling for needy men, says Deborah Dunn, author of Stupid About Men: Ten Rules for Getting Romance Right. “We are naturally mothering and nurturing and sometimes confuse being needed with being loved. It usually backfires when we realize that wounded men can’t really be there for us.”
Bablove tried to get her boyfriend to see a therapist, but he resisted. “In a way, I think he liked being broken. He didn’t want my help, but he didn’t want to fix it himself, either.”

Mistake #3: You Expect Him To Read Your Mind
Get with your girlfriends and it’s clear that you were born with the gift of gab. Communication and feelings flow smoothly. But put your guy-of-the-moment next to you and your verbal abilities seem to vanish, forcing him to become psychic in order to figure you out.

Women — even bright, in-touch, articulate ones — often have a fantasy that if the connection is really special, he should “just know” what you need and what you’re feeling. When it turns out he isn’t clairvoyant, you’re shattered and angry, worrying that his intuitive deficit proves that he doesn’t love or understand you enough or that the relationship is doomed.

“This is magical thinking,” explains Elliot. “It comes from a distorted view of what healthy relationships look like. In healthy relationships, people make their needs and wants known and they are negotiated. To expect anyone to read your mind is not fair. If a person continually falls short of being what you want or doing what you want or satisfying your needs, then perhaps it’s a compatibility issue. Instead of haranguing someone for not anticipating your needs, either make your needs known and see if he’s capable of fulfilling them or pick someone who does what you need without a lot of prompting.”

Tina Tessina, Ph.D., author of Money, Sex, and Kids: Stop Fighting About the Three Things That Can Ruin Your Marriage, adds that men respond better to direct requests rather than hints. For example: “Honey, will you please take out the garbage?” is far more effective than muttering “I have to do everything around here” as you do the task yourself. Bottom line: men need direct communication to complement their logical minds.

Mistake #4: You Lose Your Identity
It’s wonderful when a guy opens up your world and introduces you to new things, but if you’ve ditched your own hobbies and friends as a result, that’s a problem. “This is a huge mistake that a lot of women make,” says Elliot. “They drop everything for a guy, get lost in the cocooning phase and can’t get out. As a result, they become less interesting to him; worse, if the relationship ends, you end up wondering what happened to your life.”

Patrice Behrend, 41, of Appleton, WI, experienced this firsthand. “I left my career, my house, my family and my two beloved pets with my mom to be with my former fiancé,” says Behrend. “It was a long-distance relationship at first and he said he wouldn’t move, so I did. Then I started helping him out with his business because he didn’t want me working outside of the house. He would only marry me if I got pregnant first, and when we learned we had infertility issues, he didn’t want me telling my friends or anyone about it. After three years together, our relationship finally ended and I was a shell of the strong, confident, vibrant woman I had been.” (Patrice is currently single, pregnant and back to feeling like herself again. She recently started an inspirational jewelry company called Life Medals: www.lifemedals.com.)

Mistake #5: You Push For Closeness
Forcing intimacy on a guy is about the fastest way to get him to spout the dreaded verbal sucker punch: “I need space.” After dating a guy for six months, Doree Lewak, 29, of New York City, started dropping not-so-subtle hints. “I would initiate deep, intense discussions about the nature of marriage,” Lewak says. “I told him that no couple should continue dating beyond a year if they’re not engaged.”

Lewak’s boyfriend understandably felt pressured and wondered if she was more interested in the idea of getting married than in being with him in particular. Women struggle with loneliness and the need for companionship more than men do, says Dunn. Ironically, these women are often attracted to men who aren’t ready to commit or are emotionally unavailable. Trying to rush intimacy never works and will only make a guy feel smothered and ready to back away even further.

Looking back, Lewak thinks she was so eager to get married that the relationship didn’t have a chance to develop naturally. “He sensed my desperation and came to resent it. Eventually, it wore away at our relationship and we broke up — and only now can I attribute it to my over-eagerness to pin him down. Now, thankfully, I appreciate how much more important it is to be with the right person than it is to simply get married to satisfy some arbitrary deadline.”

Christina Frank has written for numerous publications, including Redbook and Shape. Check out her blog,Living in Splitsville: Notes on a Midlife Makeover.

So, basically translated, your heroine (and YOU!!) should know this while navigating the treacherous waters of the love ocean:

I'd love to know your thoughts!