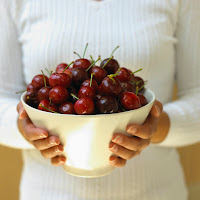 Here comes the second leg of my writing posts on Backstory, which I started last week using pop culture examples.

Backstory. The word alone is enough to send many writers running for cover. Why? Because it's supposedly not to be done, it's to be avoided, it's nothing but a worthless dumping, it doesn't help you--

Now imagine meeting this new character in a book. You need to root for this person, feel for her, empathize with her. For this, you need to know her, and how do you do that if you have absolutely no idea who she is and what she's been through?

The big question that comes up at this stage of the reflexion is - how much is too much?

Well, you can find yourself spewing 3 pages of her life story - Mary was born in Bromley in Kent on the outskirts of London on May 14, 1978 to a plumber father and a housewife mom; did her schooling at St Catherine's School for girls; got her degree at the London School of Economics with honours and went to work for Hensley and Scarbridge, the biggest investment firm in the City right after she graduated. Along the way, Mary dated Nate and then they broke up and she went out with Steve, but this too didn't work out and she tried her luck with Mike but this too failed and now she's single again in this big town.

Come on guys - backstory doesn't mean you're writing her obituary! There are ways of giving this info without needing to drone on and on and without dumping a pile of information on your reader.

A good way of adding backstory is through conversation. A good/trusted friend engages your character in a conversation when they are, say, on the way to meet a medium whom they hope will tell Mary when Mr. Right will cross her path. Using the information you have on Mary, you weave this through the dialogue. For example, her friend may go -
"Drop the Catholic guilt, Mary. Going to see a medium is not a cardinal sin. For a girl who graduated from LSE with honours, you can be so daft at times!"

That's about 3 lines in your story, yet check to see how much info it has already conveyed on Mary. This can even be your opening line, and you get to know all this before Mary even makes her appearance and opens her mouth.

The key to escape the info dump with backstory is to weave it through. Whether through dialogue or through little reflections on the character's behalf along the way, you plant little seedlings of backstory that after a while, bloom into the big picture for your reader.

Avoiding the info dump is also about showing rather than telling. Consider the above example again - the first 'obituary' told you who Mary was, while second showed you who she is (the catholic guilt being mentioned - shows she is nervous and maybe having second thoughts about the trip.)

Any questions, feel free to holler!

LOL! Excellent post, Zee. I have to make sure I keep these points in mind as I write.

Oh, my gosh, Zee. I have been judging contest entries for my local RWA chapter, and I have ran into this problem with two of the four I've judged so far.

Thanks Chicki. I tried to find a way to say this so as to drive the point home and this is what struck my mind!

Thanks to you too, Sandy. Actually, backstory as the obituary and the info dump is and should be a feature of the first draft.

I'll tackle this aspect next week on the same slot.