Writing Wednesday: A Rough Start For A Rough Draft 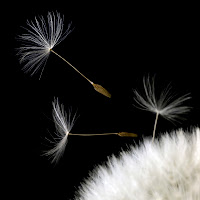 As you all probably know, I'm currently working on a WIP. Culture-based, women's fiction with a romantic slant. My heroine is not your typical/traditional Indian 'desi girl'. In fact, she isn't even Indian per se. She grew up in the South-Asian community of London, but her life is very far from that of the traditional, subservient Indian girl looking for a proper boy to marry. Actually, she's divorced, and her ex is not Indian. He's Black, of African origin.

So I, as the author for this story, know all this. My readers don't. Here's what I did - I put together a Chapter 1 that 'explained' all of her quirky origins/life path, why she is is where she is, what made her who she is, etc. Yes - readers need to know who they're dealing with, especially more so is the case with a culture-based.

I put this chapter up for crits, and an almost blanket comment that came back was - too much backstory.

I agree with the critters.

***Wait a second! Did you just say you know you have an info backstory dump in there? And you did nothing to remove that but left it in? How could you send out something that's sub-par even for crits? Don't you know this is the first step towards sending a sloppily-written copy to an editor/agent who'll reject you flat because of lack of quality???***

Yes to all your questions, except a big fat NO to the last one.

I'm a compulsive plotter. All of the 90K of this WIP is already outlined on an A3 sheet. 'How things happen' in there dwindle to 'thing happening' the closer I get to the ending on that sheet. I know the end but not exactly sure yet how it takes place.
Now to be able to outline, you need to know your plot, your story, and your characters. This is especially true of your main characters, in my case (and women's fiction in general) my heroine. Her name is N.

So I know who N is (I've created her after all). But what I have about her is a rap sheet - with her details and past. N becomes a fully fleshed person as I write her and slowly but surely, I get to know her in the scope of this story of hers.
When I start my story, she's a sum of parts, even to me.

Which is why I myself need to know her backstory when I'm writing so I can figure out who I'm dealing with and how I can tell her story convincingly.
The backstory/info-dump is more for my sake as the author than for my readers who I want to 'get' who N is and what her GMC is.

A couple of months into writing this story, 150 pages and 35K into the WIP, and I now have a clear idea of who N is and how much my opening chapter is hindering me rather than helping me move her forward. Putting N face to face with the man with whom she'll fall in love showed me that she's got a sharp tongue and a rather impulsive, act-before-you-think stand. When I wrote the original Chapter 1, I thought N was a quiet girl a little browbeaten by life but who would have a chance to make something out of the cards Fate has dealt her. The real N (whom I'm coming to uncover now, 35K into the ms) is the one I'm finding out as I write! How she'll end this story will be a different N than the one shown in Chapter 1.

So this means - Chapter 1, and probably till Chapter 3 too, will need a rewrite. Nothing in content but mostly in form. I'll need to work out the backstory and put just what is necessary across.

Which brings me to my point today (sorry, I am long-winded. I've also been told an example is worth a thousand explanations, hence the example of my own 'folly' up there).

I allowed myself to write backstory/info-dumping into my Chapter 1 because it is not my final draft! As simple as that!

A big mistake many new writers make is thinking that what they write has to be perfect, that their finished draft is finished, needing just a few punctuation/redundancy polishes. That is not true!

A draft is just that - a draft, nothing finished or complete or perfect! While you're writing, there are things you will come across and uncover about your characters, about their GMC, about your plot. Things will turn out in an unexpected way, and this might or will force you to re-evaluate everything you've penned so far on this story. Rewrites, sometimes a full overhaul, are part and parcel of putting a finished product out there. Nothing ends at - I've finished the draft.

The biggest thing needing the cut and 'plastic surgery' is your start, usually your Chapter 1, occasionally your chapters 1-3.

The trick to writing a good story is to let yourself go. Write it the way it wants to be written, not the way you want to control it right now. You pen a first draft, you perfect that first draft. Writing/penning and perfecting are two very different things.
How many time have you heard people doing NaNo or fast draft projects and they tell you it's as if a block had been lifted and the story just poured out?
That's because these people were simply penning a story, not trying to perfect it.
How many times too have you heard that you cannot tweak a blank page?
You can however tweak, revise, rewrite, perfect your first penning.

Give yourself license to write a first draft, complete with info-dumps and backstory. That's how you'll come to know who your characters are. Don't stifle them from the get-go just because 'this is the right thing to do'. Right by whose rule/law?
Take heed of redundancy (if you know you pepper every sentence with 'look' or a variation of, be on the lookout for that). Use good grammar and punctuation (they're b*tches to correct at perfection stage, so you might as well get it over with from the get-go). Choose your POV and stick to it (very hard to streamline later on, easier to lay down right away). Write sensibly (your story should have a logic behind it!).
And then just write, people!

So what if you have a rough start? It got you started, innit? That's basically what you need. When you reach your 'The End' finish line, you can, will, and should look back to the starting line and wonder whether or not the start needs to be tweaked/altered/streamlined, based on what you have learned/discovered along the journey that was writing this story.

Write a rough draft. Take this first draft and perfect it. Then think about editting and polishing. Two-thirds of the time when you write an ending, your start will not be reflecting the true logic of the whole story. You'll need to rewrite your start to corroborate with your ending.

I'll give you another tidbit I realized about my current ms - I don't have the right starting point for it at the moment. The real starting point is buried inside my backstory dump! But by going along and not beating myself over Chapter 1 and getting it to be perfect already, I allowed myself to see the forest for the trees and this ultimately is helping me make my story stronger.
Another confession - my stories when they come out, bear little resemblance in form (but not in content) to the stuff my crit partners got to see as my first draft.

Hope this helped! Any questions, holler!

Wow, Zee! What an awesome way to explain this predicament. Since I tend to fly by the seat of my pants, it happens to me. *grins* I continue writing until the characters TELL me who they are--then I tidy them up. :)

I'm a member of the totally crappy first chapter club!! I'm so excited too. LOL! Thank you for a fabulous post.

Thanks Z! I needed this - I keep trying so hard to perfect my first three chapters that I end up beating my head against the monitor and starting over. Time for a new approach...

Lol J. Glad it helped. I've found that a good writer is also a good listener - your characters do tell you who they are, if only we're patient and let them unfold and blossom.

Thanks for dropping by!

Lol Sheri - let me join you in that totally-crappy-chapter-1 group. In one past story, I rewrote the starting scene (not even the first chapter!) 6 times before getting it right.
A good trick to get to the rewrite is to find your real starting point, but this becomes more obvious the further you go into the story.

Glad if I could help, girl!

Yup - just forget about chapters 1-3 when you've written them and keep plugging with your story. Then come back to the start. Usually you'll know exactly what you need to do to tweak this start.

I've seen writers blocked on perfecting the first 3 so much that they remain with the same WIP and then discard it because they're sick of the story.

Best of luck for your new approach!