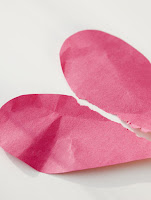 Repeat to self - the initial few days after going to the dentist are gonna be much, much, worse than when you were battling with tooth pain prior to taking action.
I blogged on Tuesday and mentioned the trip to the dentist's. Guess I don't go often enough to realize/know that once the anaesthetic wears off, anyone's gonna be in a heckload of pain! I couldn't even function properly yesterday - hence no Writing Wednesday post (sorry) - and today ain't much better. At least I can move my jaw upon a spoken word and not feel like
a) my face is tearing apart
b) I was an idiot to go to the dentist
c) I'm gonna turn into the next Gregory House and become addicted to Vicodin (or actually, paracetamol since that's the toughest painkiller I have at home. Sigh...)

Tried to take my mind off the pain. Usually I try writing - once I'm in the zone, an earthquake can hit right below my house and I wouldn't notice. But sadly, writing - attempting to write actually - sounded more like (bad pun not intended!) pulling teeth! I gave up today. Hopefully tomorrow will be better (especially if seen through a haze of ibuprofen if I manage to get my hands on some at my mum's place).

I would've loved to read that one before I married my first husband. Would've spared me the heartache to find out just how much of a Mr. Wrong he was. Not been so lucky though.

Single gals out there - read this and take note!

Writers - here's the opposite of the hero, and if you need to paint an antagonist or villain, this is pure dynamite fodder!

The article is from Cosmopolitan Australia and can be found here.

When Mr Right is Mr Wrong

The top ten red flags you need to watch out for.

1. You see no future with him.
Sometimes it’s nice to have someone to cuddle up to on the lounge, but if you can’t see a long-term future with him then it’s probably best to bite the bullet now.

2. He can’t admit when he’s wrong.
This is a deal-breaker. If your man simply cannot admit fault, you need to take a step back and re-evaluate where things are going. A relationship requires 100 per cent effort from each party- not 50/50. Freely admitting wrongdoings provides the framework for an open, honest relationship.

3. He is commitment phobic.
We’ve all heard stories of couples being together for years and years, but they never end up walking down the aisle. Marriage might not be for everyone, but if it is your ultimate goal and your long-term man isn’t receptive to it, you need to start asking questions. Are you willing to give up your dreams over his commitment issues?

4. You have incompatible goals.
This isn’t about arguing over what to order for dinner. It’s about being on the same page about your short- and long-term goals, such as kids (one day), career choices, and religion.

5. He isn’t financially secure.
Nothing is wrong with us ladies treating our men once in a while, but if you find yourself footing the bill every time, take control of the situation. Money woes can cause insecurity, stress, and frustration.

6. He can’t be trusted.
Women have an intuition about men that guys simply don’t get. If you find yourself constantly second-guessing your man and trying to sneak a glance at his inbox, it’s pretty self-explanatory. Be honest with yourself. You don’t trust him, so you need to either work on building that trust or give him the flick.

7. You constantly give him ultimatums.
Newsflash, ladies - men hate ultimatums. Not only do they not work, but if you are constantly giving them you are proving you are not willing to walk from an unhealthy relationship. If you constantly focus on his flaws he probably isn’t The One.

9. He constantly ditches you for his mates.
Boys will be boys, and this includes drinking beer until all hours of the morning talking about Top Gear. But if he constantly chooses his friends over you and you feel second best, there’s a problem.

10. You just know.
The same way you ‘just knew’ he was The One, he suddenly just isn’t. And that’s okay. Relationships are like glass, sometimes its better to leave them broken than hurt yourself trying to put it back together. If you feel your relationship has reached its expiry date, don’t feel guilty. See it as a new opportunity for both of you to find your true life partner.