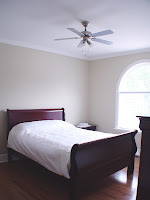 As an author, I'm always advocating authenticity in writing. This might mean tons of research, contacting people familiar with the 'world' and 'culture' you're writing about. It can also, as in the case of actors needing to portray a role, consist of some form of 'method acting' wherein you as the author literally become your character so you can translate her POV better on the page.

My point here is - there's a difference between simulating something (say, a set of circumstances) and actually being in the thick of said circumstances.

In my current WIP - which by the way, you can catch tidbits of through the Six Sentence Sunday posts already up - my heroine, Kelsey, suffers from anaemia. Researching symptoms of anaemia, I read that it could bring on insomnia. I didn't consciously place insomnia as a feature of Kelsey's life. Things just 'happened' for me when in a scene, the hero, Stellan, went to her medicine cabinet to get her some painkillers, and ended up seeing the bottles of sleeping pills in there. Suddenly, bang, there it was - Kelsey was insomniac, and this explained a lot of things in the scheme of the book.

But this is where it 'hurts' - I've been anaemic in the past, so I can quite easily bring up memories of what it felt like to be light-headed all of a sudden, of growing out of breath after running 20 yards to catch the bus just going out of the bus stop. I know the fatigue hits you like one of those Looney Tunes Acme anvils.

I've never had insomnia though... until now. Thanks to some medication I've needed to take, I'm now plagued by this thing. And let me tell you experiencing the condition takes this 'method acting' thing to a whole new level. I'm like, how do I not make Kelsey a total b*tch, because all I feel like being after days of practically not sleeping is, well, b*tchy at best and positively homicidal at worse?

Believe me when I tell you insomnia is not a walk in the park. Combined with the amount of stress that's currently mounting in my life, it's hell. I have exams coming up, and as usual, I still don't recall much of what I should be studying for this paper. There are health woes in my family - both my father and father-in-law are battling health conditions that has got us all worried about their well-being and future. My son's school keeps changing his teacher every other week it seems this trimester, and I'm having to play the back-up schoolmistress with him to make sure he's keeping up with his syllabus.
Now add to it that I'm not sleeping... You'd think that by forgoing these 7-8 hours of sleep one would actually get stuff done as that's time on hand, literally. But sleep is something that's totally not overrated, and without it, you don't function, full stop.

But let's look at the silver lining (yes, there's one everywhere!) - Kelsey can be a total nutcase, and that works in the scheme of being an insomniac. I also now have first-hand experience about living without sleep, and darn if that ain't gonna end up in the story! Got an opp? Milk it for all it's worth! Or else, go crazy.

wow, Z. I'm sorry you're going through all that. I've been borderline anemic my whole life, so I get bouts of fatigue and I have take an iron supplement. sounds like you get it a lot worse than me though. hope you get better soon!

First, I'm soooo sorry for what you are going through, and second, I know first hand about insomnia. I would even take sleeping pills and sometimes I would fall asleep, but most times not. And even if I did fall asleep, I wouldn't sleep for long. This went on for close to three months and I thought I was going to fo insane!!!! Hang in there, Zee. Hopefully this will go away soon so you can get the healing sleep your body and mind NEEDS!!!!

I'm on iron and folic acid supplements too. The fatigue is awful, but thank goodness the tabs keep those in check. Sorry to hear you go through that too. It's taxing, innit?

I even tried taking the allergy medication that has me out like a log usually. Like you say, if I do sleep it's only for a little while and it's restless sleep too at that. Yeah, you do think you're gonna go out of your mind.

Trying to hold on in here, but it gets tedious when your eyes feel like they got sand rubbing on the eyeballs every time you even blink.

Keep your head up!