Tidbit Tuesday: I've Made A Sale!! 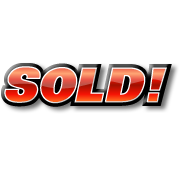 I've known about this little piece of news for a few weeks now and been dying to tell you all! It was hell to keep it bottled inside for so long, but now that I've got the all-clear, here it goes...

I just sold a story to Noble Romance Publishing!

I'm so, so excited about this! Noble is this amazing house that I kept hearing amazing things about, and I decided to take a chance and send in one of my mss titled Walking The Edge. The story overlaps a few genres, and though it can be classified as romantic suspense, it also features a mystery and escalates like a thriller. Noble's guidelines sounded perfect for this one... and seems the folks at Noble thought the story was good for them too. *grin*

Now, not only that, but I've been asked to join a new program over at the pub house called Hot New Talent. It's like an out and out full promo blitz and steamroll all rolled into one, which is offered to new authors and their first book. The minute Ms. Jill Noble asked me if I wanted in, I jumped on the offer!

So here's a little tidbit about the book. I'll share more asap as it comes (dying to get a cover now, lol!).

Walking The Edge
The next step might be the last...

A woman without a past
Left amnesic after an accident, Amelia Jamison’s instincts slowly rise from the depths of oblivion to question her life as the wife of a cold, manipulating and distant man. Wisps of a dream show her another man she may have known intimately, but is he a memory, or a figment of her imagination?

A man with too much information
After many aliases, today Gerard Besson is simply a police commissaire in Marseille. When a mysterious woman starts to follow him, he is suspicious. But things aren't what they seem, and as he reluctantly gets closer to her, dredges of his painful, buried past spring to light and make him question her identity.

Each seems to have led two different lives
But neither is prepared for what awaits them when they cross the fine line between knowing your true self and that of your alter ego.

Danger is the name of the game, and as it catches up with them in the French Provence, both know they better be ready for the inevitable fall.