Tidbit Tuesday: A Guest Comes Over... and I'm a guest at her blog! Please welcome R Renee Vickers!

Today, fellow Noble Romance Publishing author, R. Renee Vickers, joins me in my Author's Corner with a guest post, while she hosts an interview of me on her site.

Been so excited for this day to come - it's lovely to have fellow authors and good friends over, and I hope you all reading this will discover some amazing new authors and their fantastic works this way (snippet - there'll be lots of visits in 2012: gear up for them! *grin*)

So, without further ado, let me give you Renee's post... Every writer here will totally 'get' what she's talking about today, namely, that time between two books, when you're struggling to leave one story behind and get into another. :) Read on!

And there's a little treat in for you as well - Renee is sharing an excerpt from her NRP release, Sly's Surrender, with us! 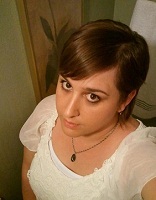 Thank you for having me here today, Zee. I’ve been looking forward to this. Now, I’m going to spend the next few minutes trying not to bore you to death. (Maybe then I can come back one day. After the rashes clear, of course.) Trying being the key word, I make no guarantees.
I sat, ready at the keys for hours (more like a whopping 1hour cumulative amidst all of the children-are-out-of-school “emergencies” and melodramas), my fingers hovered and waited for my focus to kick in at the same time my thoughts were coming along. Until I gave up on fighting myself and sat down to write. Hold on a sec. … Okay, I’m back.
If it’s ok with you, I’d like to talk about a little bit of what I’m going through as a new author, then do some shameless promotion of my first book, Sly’s Surrender.
The transition from completing one story and beginning another is difficult for me. Like with so many things about professional writing, I’m still getting what works for me sorted out. I’m just beginning to get some experience under my belt, like working with a deadline, the finer points of the craft of writing, marketing and so on. So where I am currently is a state chock full of transitions.
I’ve just wrapped up my story “Evening at the M.U.T”, a tale of lesbian love and zombies so I figure, while I’m waiting on a reply about the submission, now’s the best time to start a new one. But having an opportunity and utilizing an opportunity are different subjects all together. I’ve sat here all day with my fingers hovered over the keyboard, with an idea but no focus to get my ideas down. Having a house full of raving lunatics that pass for children, distracting me every 4.5 seconds certainly doesn’t help. What’s wrong with me? Performance anxiety? Indecisiveness? I couldn’t tell you, but all I know is that it’s not being productive.
What’s helped me get through this in the past was to go over notes I’ve scribbled down while in the midst of another, more pressing story. I don’t know about anyone else, but while I’m writing I seem to become irresistible to plot bunnies, I get attacked by random story ideas multiple times a day at times. But during the transition from one story to the next. Nothing.  It’s so cruel.
I welcome words of wisdom should anyone have any to impart. If you’d like to get to know me better or see how I progress with my next story, stop by my blog (http://museampoule.wordpress.com)
Thanks for having me here today, Zee! Before I leave, I’d like to plug my book a little if that’s alright with you.
*****

Lol, of course that's fine with me, girl! And I'll gladly have you over anytime! *grin*

By day, Sly is a take-charge, no-nonsense restaurateur, and at night she plays her hand as a demanding mistress. Sly has everything her heart desires: a successful business with loyal patrons, a gorgeous boyfriend and a flare for dominating in the bedroom. Everything she’s ever tried has gone her way, every decision followed to success, every goal achieved, and yet she yearns for more.

One night, she decides to try something new, giving up her customary control to the tall, dark, and sexy Jake. Jake is put in a position to prove to his lover just what he’s capable of, and Sly experiences the new pleasures to be found in letting someone else handle her reins.
Excerpt:

Jake had been waiting on his barstool for an hour already and had started to lose patience with his date. Oh, he knew she’d come eventually, she always did. Even with knowing Sly’s usual M.O., he never failed to show up on time, because he knew the one time he decided to be late would be the one time she’d be on time. He sighed and checked his watch again. How much longer would he have to wait?

He called Tony over with a hasty jerk of his hand. The bartender rolled his eyes and shook his head. Tony was a man in his mid-fifties with gray hair—what was left of it. He wore a white dress shirt under a black vest. The only thing he was missing was the black armband reminiscent of the style at the turn of the twentieth century. Sly told him once that Tony had been tending bar there for thirty years, which could explain his gruff attitude. Jake never had any problems with the old man but thought he had a funny way of treating paying customers. After a minute or two, Tony begrudgingly set a fresh glass of soda on a clean little napkin and sternly eyed his teetotaler.

“Hope she’s worth it, boy,” he said with a grunt and a little too much emphasis on boy, as far as Jake was concerned. Jake watched the back of the bartender’s shiny head as he turned to tend to his more lucrative patrons.

He sighed again and glanced at the door. Still no Sly. Yeah, she was worth it, but it didn’t mean he had to enjoy complying with all her demands. Abstaining from drink was one of them. He had to admit that her reasoning was sound; how could she be in control if he was drunk? And, of course, waiting for her late ass all the time was another.

The more Jake thought about her controlling nature, the more agitated he grew. Why the hell did he subject himself to this . . . this . . . her control? It’s not right that she makes me jump through all of these ridiculous hoops, he thought as he glanced at Tony, who, simultaneously, gave him another disgusted look and shook his head. Jake’s blood boiled. That’s it, Jake thought, I’m not going to take this anymore.

“Hey, sexy.” Sly’s smooth voice purred behind Jake, just as her fingertip caressed from his chin to his jaw in one long motion, ending up just behind his ear. Shivers ant-marched down Jake’s body. In that instant, Jake knew. This is why. All the anger, indignation, and embarrassment fled his mind as she wrapped an arm over his shoulder and down his chest. As her hot breath caressed his neck, her honeyed voice flooded his mind. “I hope you haven’t been waiting too long.”

It took everything he had not to swallow, to show no outward reaction to what she was doing to him with these miniscule teases. This was just another game to her. She’d make him wait until he’d be ready to walk out, until he was so mad he couldn’t stand it, and then she’d show up, making him switch gears. Just like that. He shot a quick glance at Tony, who watched this dance out of the corner of his eyes, pretending like he was too busy toweling off a pristine glass to notice.

When Sly’s tongue flicked Jake’s thick, silver-hoop earring, he lost what small shred of control he had, albeit for a fraction of a second. He could feel her smile as her cheek rested against his neck. A prickling flash of anger growled in some dark recess of his mind.

She moved to half-lean, half-sit on the vacant stool next to him, and he had to strangle a threatening gasp. If he hadn’t, his body would have given away just how badly he wanted her. This was a high-stakes game, and so far, the house was winning.

Sly wore a tight black corset. Though no doubt made of the finest and most sturdy materials, the bone-rib garment threatened to break under the flood pressure of her ample bosom. It must have been a custom piece because it slithered down her slim waist with precision. No department wares could hope to cope with a curvy form such as hers. He noticed the striking color contrast as the thick, black material lay against her flawless, smooth, ivory-colored skin.

As his sight drew down, he soaked in just how short her layered black and burgundy diaphanous skirt was. She couldn’t sit down without flashing her all to the world. Jake gulped, carelessly abandoning any desire to restrain himself. Seeing his reaction, Sly barked a throaty laugh. He refused to look up until he saw his favorite pair of strappy, black, four-inch stiletto heels. When he came up for breath he found her glossy crimson-colored lips snaking a Cheshire pattern across her gleaming teeth and humor glistening in her hazel eyes. Oh, how she loves this game.
** end of excerpt **

You can find more about R. Renee Vickers on her blog, MuseAmpoule, and Sly's Surrender is available here.

And drop by her blog today and check out the amazing interview she compiled for me :)

I'd like to be able to tell you that's uncommon, unusual, or you're on your own. But the truth is, you're not, as you know only too well. ;) The only way to get past it is to sit down and make yourself write, even if you HATE what comes out. There's no substitute for ass in chair time to create what you need to have happen. :)
Oh. And it might help some if you got yourself a spork... ;)

Precisely how have you figure all of this out relating to this topic? I enjoyed scanning this, Ill must visit other pages on your own site straight away.
[url=http://acnetreatments250.blinkweb.com/]Home remedies for acne[/url]

And sadly, even the more you write, 'that' time doesn't get better...

Glad you could come over - thanks for your input! XOXO