Progress Friday - & the battle of the heroes!

Progress Friday post, but unfortunately, I don’t have any ms/WIP progress to report this week. I have been working on other stuff, mostly work-related, preferring to give my attention to some things and get them done with, instead of multitasking and getting nothing done. But next week, I should be free of other constraints, and the focus will be on the WIP (which is on deadline, btw... I need to remind myself of that...)

Anyhow, what am I posting about today then? There’s something going over the Net these days, called the Lucky 7 Meme. I’ve been tagged by a few people - *mad wave* at Christine Warner, JM Blackman, Lorraine Paton, Siobhan Muir, SK Whiteside, Sandra Bunino for tagging me in this one.

So the point of the Lucky 7 Meme is that you have to go to your WIP, head to page 77, paragraph 7 on the page, and then you post the next 7 lines.

I’m doing mine from Against The Odds, one of my WIPs currently on the backburner. The premise is this one – the hero, Magnus Trammell, is one of the most famous playboys of Europe. Summoned by his illustrious family to get back on the straight and narrow, he reluctantly heads to work at one of the Trammel haute jewellery stores. This is where he meets shrewish, sharp-tongued, and opinionated salesgirl Megha Saran. Sparks fly, but Megha has bigger fish to fry – she’s just been diagnosed with breast cancer.

This excerpt here is taken from the scene where Magnus comes to the hospital to see Megha right after her mastectomy (surgical excision of a/both breasts).

The nurse nodded. "Some people don't deal too well with anaesthesia. It's good she has you here with her."
He didn't reply, instead looking over at Megha.
"Visiting hours will be over soon. Do you want to stay?"
He turned to the nurse. "I thought only family members could stay over."
She frowned. "Oh, you're not..."
Her boyfriend. He shook his head. "I'm just a friend."
And maybe – just maybe – he wanted to be more...
What on earth was happening to him?

Now yesterday, fellow author & good friend of mine, Rebecca Royce, tagged me in the other version of the Lucky 7 Meme that is making its rounds on Facebook.

This one is for shorter works, and can be taken from a WIP, completed work, or even a published work from this year. Same principle, except that you head to Page 7, then paragraph 7, and post the next 7 lines.

Taken this time from my current WIP, Transient Hearts, which a contemporary Western romance set in Wyoming. The heroine, Shania Morea, is an Indo-Briton chef who’s been lured to Wyoming by a good friend under erroneous pretences, and who finds herself between a rock and a hard place as she’s already committed herself to teach the locals how to cook Indian sweets. Things move from bad to dire when the owner of the ranch on which she’s staying returns. Grayson Warner, a Forex broker in New York, is the prodigal son, who wants to be anywhere but in Wyoming. But life’s left him no other choice, and to move forward, he must face his past, and his demons.

This scene is taken from Shania’s first glance at Grayson (and if we’re friends on Facebook, you would’ve seen me post this earlier today).


The back of her neck prickled again, but this time with something else – physical awareness. She squinted in his direction, careful to conceal that she was overtly assessing him.

Tailored suit that hugged a lean yet broad physique; Italian loafers on medium-sized feet; big hands with well-cared-for nails; pale gold skin peeking above the collar of his crisp light-blue shirt; a chiseled jaw; thin-lipped mouth stretched in a smile as he gazed at Aurelia; a nose that was neither too sharp nor too soft; a shock of unruly dark hair, with wavy locks that broke from the swept-back style to brush his wide forehead; and in between his nose and forehead, the most beautiful eyes Shania had ever seen on a man. They slanted upwards at the outer corners, giving him an exotic look that hinted at Asian blood, and the irises were dark – brown or black, she wondered? – framed by thick lashes and topped by heavy, dark eyebrows.

Shania gulped. Character radiated off his face, and when she thought of his soft tone, she reckoned such a man wouldn’t need to raise his voice to be heard, or to make others listen.

So, battle of the WIP heroes! Who wins your vote?


Magnus of Against The Odds? (portrayed by the devastating Judas - actor Norman Reedus) 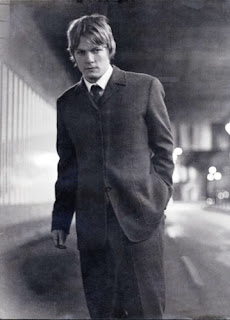 Or, Grayson from Transient Hearts? (portrayed by the sexy Ed Westwick aka Chuck Bass of Gossip Girl) 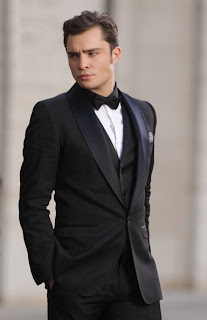 Chime in and let me know!

From Mauritius with love,
Zee
Posted by Zee Monodee on March 23, 2012

So not fair Zee! I loved both snippets and both heroes sound fab! But I think I'm a little more drawn to....*gasp* dare I say it...Magnus! Is it his name or his actions? lol

Hey, I haven't read that far in Against the Odds yet. :( I want more. LOL

Not sure which I like better, as in the stories, they're both sexy guys.

They're both sexy, innit? *sigh* I cannot choose either...

You know my choice! I love Magnus!! And I love the excerpt!!! You sure have a way with words....must be a great writer or something ;-)

LOL, Becky! You're too sweet! And yes, I kinda knew Magnus would get your vote :) xoxo