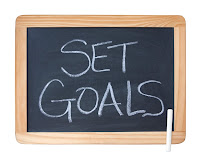 ... is nothing to write home about this week. Sigh. A measly 2K added to the tally, I don't really count that progress. Consequently, I'm not even allowing the WIP meter on the right-hand side here to move today.

I know I can blame it on the kiddie vacation, on the cold we suddenly felt again in the past few days, on my general running to-and-fro, especially with a new university semester starting and assignment deadlines flying in left, right and center.

But in the end too, I don't know. I don't like this feeling of lazy self-indulgence I get when I look at my WIP/word count and realise it hasn't moved as I had wanted it to. It's true that life happens, and we need to plan for this when we write, but still, it feels so goddamn awful to say you've gotten next to nothing accomplished.

And to think that there's one more week with the kid at home... Sigh.

I can also mention one of these unnerving writer-brain moments - you know, when the stories you are yet to write come over your consciousness like a sanity-devastating tsunami. Like many writers out there, I have a to-be-written list. A sort of compilation of every feasible story idea that's ever crossed my mind. Sometimes you can actually pull something out of this 'nothingness', sometimes not. You just never know which one might spark off at any given time. The worst that could happen is when said list just starts popping off like firecrackers and all you hear is the noise.

This week, I saw an urban fantasy/speculative fiction story on which I'd written Chapter 1 (to get a feel for the world) take a character-forward spin and it's now urging me to write it. I saw a sweet, children-as-catalyst contemporary series morph itself into a possible 4 book lineup - in Book 1, the 6-year-old catalyst, a little girl, even 'wrote down' her own prologue to tell me her story. I had a lightbulb moment as to a concept that could be worked as a red thread in many of my 'possible mainstream/culture-free' fiction. I saw the hero of another culture-based plant himself before my eyes, hands on his hips, going 'this is who I am, write my story!'.

In case, you're wondering, no, I'm not going mad. Not yet. Maybe next week, but not right now.

And strangely too - did I see anything about the current WIP? Uhm, no...

What's a writer to do, people? Ever been there?