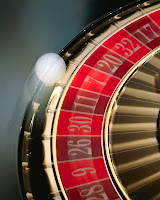 I admit I chose an oxymoron-like title for this blog to catch readers' attention. How can there be difference in similarity?
Well, you'd be surprised how this can come about!

I recently went back to my roots and returned to my first love - Harlequin category romance. Now, yes, I know I don't write category. My stories are much more out-of-the-box than HQ category, but when I had started to write close to 6 years ago, I wanted to pen a story that would fit there. I've been a lifelong reader of HQ/M&B, and the 'familiarity' of the series and their plots is as welcome as comfort food any time.

My point today is that there is no place that displays difference in similarity more than Harlequin series' books. Think about it - what is category associated with? Nurses and hot, sexy doctors in Medical Romances; rakes and damsels in distress in Historical Lines; modern damsels in distress and rugged alpha hero in Intrigue/Suspense; magnates and uber-tycoons, millionaires and billionaires with normal, Cinderella-like women in the contemporaries like Blaze; secret babies and other secrets in most contemporary lines; cowboys in American Romance. That's basically what each of these lines boils down to. Yet HQ puts out 2-6 books every month for every single one of these lines! They must've been here for over 20 years, and yet the stories, with the same themes, still come out steadily. How do they keep it different despite the similarity?

That's a question I plan to answer in a series of related posts on writing and originality, starting today.

I just heard that the 23rd James Bond movie will be shot soon, starring Daniel Craig once more as 007. Now I dunno about you but I still remember the hype about Quantum of Solace, the last Bond movie to date. There had been lots of secrecy and buzz about this movie. The accidents that happened on the sets, Daniel Craig injuring himself doing stunts. And, a big worry for many Bond fans – Bond might not be getting the girl at the end. What? Bond always gets the girl, innit? That’s a given!

Okay, let’s recap here. The name is Bond, James Bond. Secret agent in the service of Her Majesty The Queen. A double 0 agent, licensed to kill. Lethal. Extremely good at his job. Suave lady’s man. Amateur of vodka martinis, which are shaken, not stirred. An ultimate women’s fantasy, especially in light of the handsome British actors who have played the part over the years (the debate is still on at my place whether it is Pierce Brosnan or Daniel Craig who wins best James Bond...).

Anywayz, everyone knows this fact sheet. It’s a given on any Bond movie that this is the man you’re gonna meet. He saves the world at the end, usually from megalomaniac villains, with the help of terrific gadgets created by MI:6, through stupendous stunts and with at least one fabulous car, most often an Aston Martin.

What I, and many others, came to associate Bond movies with – Suspension of disbelief, action without much need for brains, ludicrous conquer-the-world schemes, and one or two beautiful living dolls to provide men eye candy and Bond a much needed respite from the hectic life he leads. This is very much how Die Another Day, the last Brosnan Bond movie, could be resumed.

Now, fast forward to the first Daniel Craig release, Casino Royale. Subdued décor. Bond is less flashy, more rugged, not as smooth and charming as in previous movies. Younger too. No gadgets practically. A still fab but ‘normal’ car. A villain who manipulates money in the arena of international terrorism, and not a crazy lunatic. A woman who can think, not here just to pose as a trophy bimbo. Oh, and Bond only makes love to her towards the end of the movie, and that too, the scene is more suggested than shown. Bond is more down to earth, human, reckless too, but it works.

As it turns out, Casino Royale, the book, is originally the first story penned by Ian Fleming in the Bond series. The movie also shows this. The first scene is of Bond waiting for a target. His second ‘kill’, the one that will earn him Double 0 status. Said status which is confirmed on MI:6’s screens at the end of the opening credits.
Throughout the movie, you can see this ‘departure’ of Bond’s character across the story. How he is shaped up. What makes him who he is. How it all impacts him.

In a way, maybe if you didn’t hear the character being called Bond in this one, you’d never know that it’s a James Bond film. This has unnerved a lot of fans, though most are coming round to understanding the concept.

What you as a writer can learn here? I’m getting to it, don’t worry.

How many more Bond movies do you think they could’ve made after Die Another Day? What would they have come up with? Frankly, tough situation. Some people, especially the newer generations, were getting tired of the same old, same old format of this series. Coupled with new spy-movie trends of the likes of the Bourne Trilogy, where Jason Bourne is more a brainiac spy who can think and figure his way out of every glitch, Bond was getting remarkably cliché.

So what do you do when you hit a wall, and cannot move forward?

You go back to the roots.

Casino Royale is the first Bond book. So they did that. Showed a new persona, still like the old, but with a new perspective. More grounded in reality. Tackling issues pertinent to the world as we know it today. Conflicts we can all relate to. Things we can grasp and process without suspending our disbelief as much as when we watch Star Wars (or 24, where a certain 'someone' named Jack Bauer gets involved in the craziest of days and always, always saves the day. Season 7 went back to a cleaner, more stream-lined plot very much like Season 1, after the luridness of Seasons 5 and 6.).

Difference in similarity - you take the old and merge it into the new. Cliche/given mixed with originality.
They did it with Bond. I’m sure you can do it too.

Eager to hear your thoughts, so leave me a comment!

You make a good point, Zee. I've never read any of the HQ books except the Kimani line and a couple of the Steeple Hill line. They are too short and simplistic for my taste, but it always amazed me how they can put out so many books each year.

BTW, Sean Connery will always be the real James Bond to me ...

I think you are right this is becoming the trend. Start in the middle then double back to the beginning. I think the reason is the same in the movies as books. We need to be invested in the characters too care. It would be like puting a ton of back story in the first few chapters of a book. Its like Star Wars I don't think I would have liked the first one if they would have started there. Sometimes you have to cut straight to the best parts then double back for the back story. Great blog!

Sean Connery... I admit I preferred the man when he turned a little grey and grew that beard... Yum! :)

It's amazing, innit, how HQ has so many books coming out. Yet, in their own way, they're each different. Each book has a little 'something else' to it.

Very true. There's a lot of backstory being fed after the 'meaty' story has come out. Underworld: Rise of the Lycans comes to mind, as does Wolverine, and the latest Ridley Scott Robin Hood.

Characterization matters, and this is often not possible by dumping backstory right away.

Thanks for dropping by!! Hugs