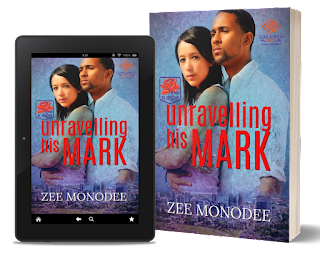 It's been a couple months since I've last been here... Life has been crazy, but I was also dealing with a not-so-easy time (more on that in next month's post, though - I'm still clawing my way out of the woods).

But there's a big spot of brightness happening at the moment, and it is the release of this new book!


I actually thought of continuing the Corpus tales 'one day'...and then something - or should I say someone - happened. Her name is Kiru Taye, and she is the brains, soul, and heart behind Love Africa Press, a publishing house dedicated to uplifting romance in Africa.

Kiru is a good friend. We met at a publishing house as authors a few years back, and a solid friendship started between us and hasn't wavered since. So of course, this witty (ahem, conniving?) woman knew I wrote romantic suspense and also wrote in and of Africa with proud African characters (yes, we're talking of Mauritius here, which is proudly African, thank you very much!).

So there she goes inserting a little niggle in my mind: 'Zee, if you could write for this line...'. The line in question? It's about The Protectors - strong men in positions of power in the military and other such outfits putting life and heart down for the equally strong women they fall in love with.

Did I need more to get my treacherous, over-imaginative mind going? Hell no! And it got me thinking...

I actually had plans to continue the Corpus Agency series 'one day' - I envisioned the 'new' agency that emerges from the end of Book 3, Edge of Duty, and how it would place its agents across the board of the world scene. I had thought of Europe, as this is where they primarily operate, and I hadn't given much thought to Africa yet.

Cue this story idea that has by now settled as a splinter I just couldn't get rid of. How to make this happen? Who to make happen in this tale?

At the same time, I had been and still was receiving questions from my readers about Annabelle de Castelban and when/how she would get her story. She had been the mastermind behind getting Simmi and Lars together in Storm In Their Hearts, and had been the jilted love interest in The One That Got Away. Annabelle had wormed her way inside the hearts of my readers as in mine, and it suddenly became absolutely logical that this had to be her story. I already had her working in PR, so this aspect of the tale had to continue on.

Now, for the hero... I can't really say how Zach came along. He had to be a Corpus agent, of course, here to unmask Annabelle for 'some' reason. We here insert some very productive nights of insomnia because all that staring at the ceiling was the perfect time to go inside my head and visualize the what and the how of this story.

And there you have it! I pitched the idea to Kiru, who told me to write the book like yesterday and we'd see how it goes, and when it did get written this year back in April, Kiru loved it and offered a contract. And it comes to you this July 29, 2019!

Here's the story in a (ahem, rather big?) nutshell:


A man with a mission
A year earlier, a mutiny broke inside the ranks of the clandestine Corpus Agency. Only one loose thread remains to be apprehended: an assassin named Evangeline.
When intel from an asset points to a woman in Mauritius who could be her, Zachariah Hashemi, a mixed race Muslim from Tanzania, is tasked with bringing the renegade to justice…aka a swift death.


Helping me along the way to write this tale were the amazing lyrics from these two songs. They summed up exactly what the love story between these star-crossed lovers who never should've met would feel like.

The first is Satellite by Nickelback - a song about this one perfect night where two unlikely people come together and find bliss like they've never even imagined...

The other one is So Far Away by Martin Garrix & David Guetta. These lyrics, every time I hear them, grab me by the throat with one hand and squeeze my heart with the other! The utter pain of loss in there... I just knew this is what both soft-hearted Annabelle and supposedly cold and rock-like Zach would feel once they are torn apart, the love they had found something only dreams are made of and having no place in reality as they know it...

So there you have the road taken to get this story to you, and how it all came together for me. I hope you'll enjoy this romance as much as it lifted me up to write it and get this tale out to you.

You can find all the links to the book (it's even out in paperback!) here!

I'm so happy you found a stunning place for your book, Zee, and good luck with this story. I'm sad to hear that you have had challenges and sleepless nights. I hope you are okay.

Hey Kathy!
Sleepless nights are par for the course for me since I started my cancer meds, so in a way, I'm 'used' to it and try to make it productive by visualizing stories and the like in those hours.
And yes, this book has found the best home! I'm glad it all turned out this way.
xx